General Lord Dannatt joined the British Army in 1971, and has deployed on operational tours to Northern Ireland, Bosnia, Cyprus, and Kosovo. He was awarded the Military Cross for exemplary gallantry during active operations in Belfast in 1972, and served as the Chief of the General Staff from 2006-2009.

“We always aim to provide engaging speakers at our yearly Balfour Lectures, but this year’s offering is particularly exciting”, said Paul Charney, Chairman of the Zionist Federation. “General Lord Dannatt is offering us a rare outsider’s perspective into the workings of the IDF, as well as an appraisal of what Her Majesty’s Forces can and have been able to learn from it”.

This event will be held in a North West London venue. To purchase tickets, please visit https://zionist.org.uk/event/balfour19/. 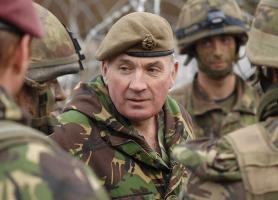