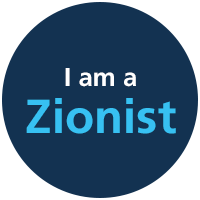 We want to spread an understanding both of the historical logic and context behind the Zionist movement and the creation of Israel, and the contemporary necessity for Jewish (and other peoples’) national self-determination.

Scroll down to read more. 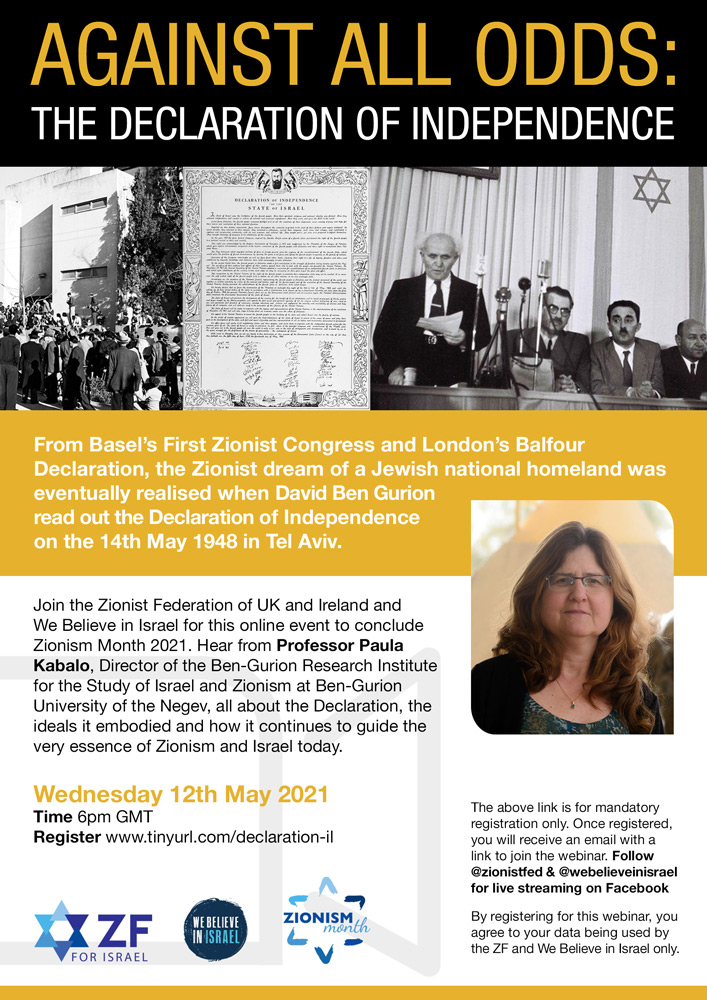 Against All Odds: The Declaration of Independence

Register for FREE now at: www.tinyurl.com/declaration-il

From Basel’s First Zionist Congress and London’s Balfour Declaration, the Zionist dream of a Jewish national homeland was eventually realised when David Ben Gurion read out the Declaration of Independence on the 14th May 1948 in Tel Aviv.

Join the Zionist Federation of UK and Ireland and We Believe in Israel for this online event to conclude Zionism Month 2021, as we hear from Professor Paula Kabalo, Director of the Ben-Gurion Research Institute for the Study of Israel and Zionism at Ben-Gurion University of the Negev, all about the Declaration, the ideals it embodied and how it continues to guide the very essence of Zionism and Israel today.

Competition: Tell us Why YOU Are A Zionist 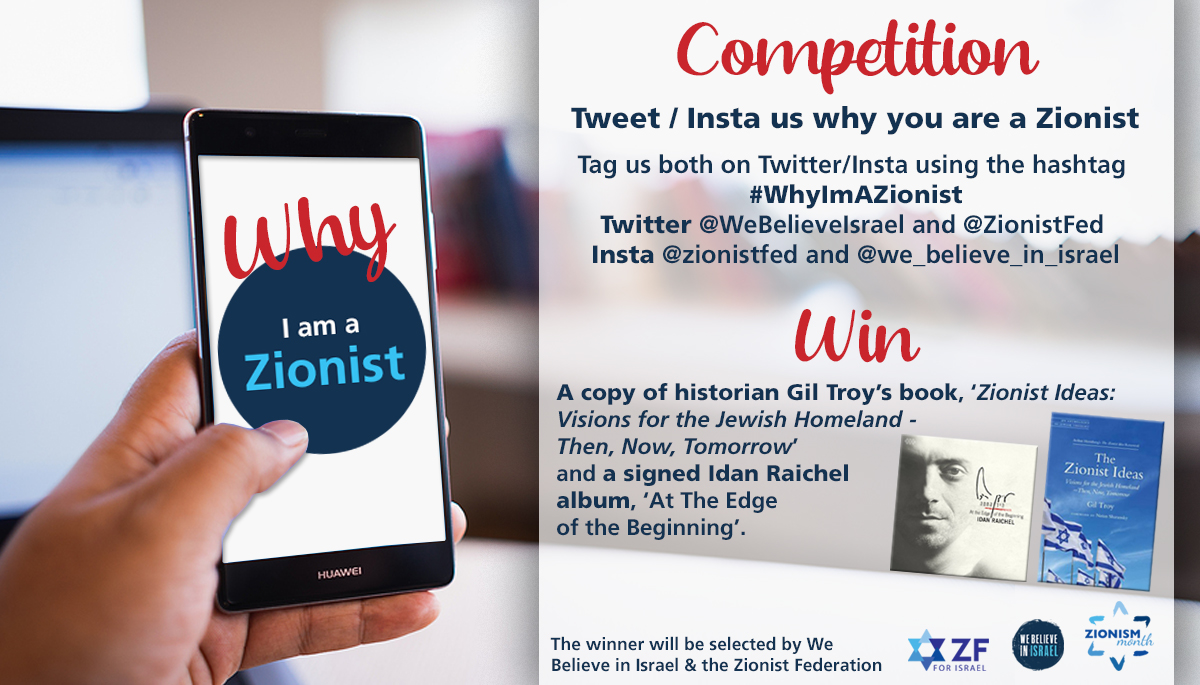 Win a copy of historian Gil Troy’s book, ‘Zionist Ideas: Visions for the Jewish Homeland – Then, Now, Tomorrow’ and a signed Idan Raichel album, ‘At The Edge of the Beginning’.

How do we define Zionism?

There are many different strands of Zionist thought. All of these can be celebrated during Zionism Month. One aim is to promote Zionism month to audiences outside the Jewish Community, promoting a simple core understanding of Zionism that all Zionists can agree on but which may not be familiar to people in the UK who have only heard the word Zionism used pejoratively by Israel’s enemies. We are therefore describing Zionism as support for Jewish national self-determination through the creation, existence, and continued support for a Jewish State in Israel.

April 12-May 14 seemed the most appropriate period because it coincides with Theodore Herzl’s birthday (2 May), Yom Hazikaron (Israel’s Remembrance day 13-14 April) and Yom Ha’atzmaut (Israeli Independence Day -14-15 April) as well as the Gregorian anniversary of Israeli Independence (14 May).

Out of respect for the Royal Family, and to observe the mourning period for His Royal Highness Prince Philip, Duke of Edinburgh, we chose to delay the launch of Zionism Month to Monday 19 April.

What are the objectives of Zionism Month?

We are organising this month of activity with these objectives: