A little over 3 weeks ago, the ZF ran another of its activist trips to Israel.

With most of the 30-strong delegation arriving at Ben Gurion airport in the early hours of a Sunday morning, a bus took them to Haifa where they spent the next two nights. For those who were energised enough after arriving, an insightful guided tour of Haifa was given by Anglo-Israeli tour guide Joel Meyer. Check in time soon approached, and after a few hours of rest and recreation, the delegation came together for a welcome meal to officially kick off the trip.

On Monday, the first full day of the trip, the delegation were joined by Lieutenant Colonel (Ret.) Peter Lerner who served 25 years in the IDF as a spokesperson and a liaison officer to international organisations in Judea and Samaria and the Gaza Strip. Visiting Nazareth and then Rosh Hanikra, the delegation were briefed by Peter about the risk of Hezbollah on Israel’s northern border with Lebanon. At that point, whilst just metres away from the Israel-Lebanon border, the delegation were closer to Beirut than Jerusalem!
The delegation were then treated to lunch on Kibbutz Amiad, after which ex-Mancunian and veteran kibbutznik, Barry Coleman gave the delegation a  tour of the kibbutz. Onwards to the Golan Heights where Lt. Col. Eyal Dror gathered with the delegation at the foot of Mount Bental overlooking the border with Syria and briefed them about Operation Good Neighbour, the IDF’s humanitarian operation which saw thousands of Syrians receiving lifesaving medical treatment in both IDF field hospitals and some of Israel’s most renowned city-based hospitals.

Tuesday brought the delegation to the renowned Rambam hospital in Haifa, where they were given a  tour of the emergency underground facility. This was followed by a visit to the Carmelite Monastery of Mukhraka and a traditional Druze-style lunch in Daliyat al-Karmel with a post-lunch briefing by Dr Amnir Khnifess, an Israeli Druze and head of the Ronson Israeli-Druze Centre. After a free night in Tel Aviv, Wednesday brought a tour of the Shomron (Samaria) region where the delegation were guided around the Lipsky Plastics factory, a factory which employs both Israelis and Palestinians. Located in the Barkan Industrial Park, the delegation were introduced to the Palestinian manager of the Lipsky warehouse, who spoke out against the BDS movement. This was followed by visits to  the Tura and the Har Bracha (Mount Blessing) wineries, followed by a visit to an observation point overlooking Joseph’s tomb in Shechem (Nablus). In the early evening, the delegation were taken to Jerusalem where they were briefed by an employee in the Jerusalem City Hall followed by a visit to the Herzl Museum on Mount Herzl, and then a security briefing at the Kotel (Western Wall) by Superintendent Micky Rosenfeld, Israel Police’s Foreign Press Spokesman. Thursday morning, drawing the trip to a close, the delegation took a peek into Israel’s past, at Independence Hall in Tel Aviv, the site where David Ben Gurion had read out Israel’s Declaration of Independence on Friday 14thMay 1948. Leaving the past behind, the trip ended looking to the future, visiting the Birthright Innovation centre, where the delegation were showcased the full range of Israeli innovation, amongst which was WaterGen, a machine which literally creates drinkable water from thin air.

Thanks to all those who joined us on another successful ZF activist trip. 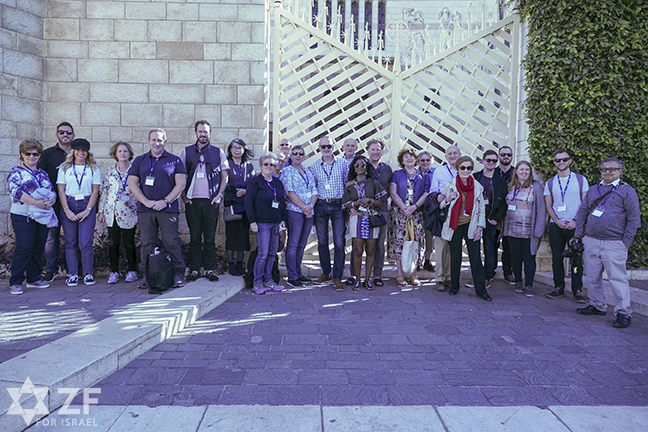 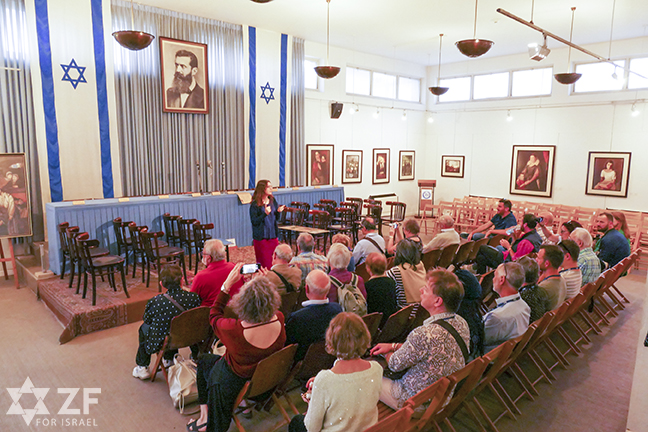 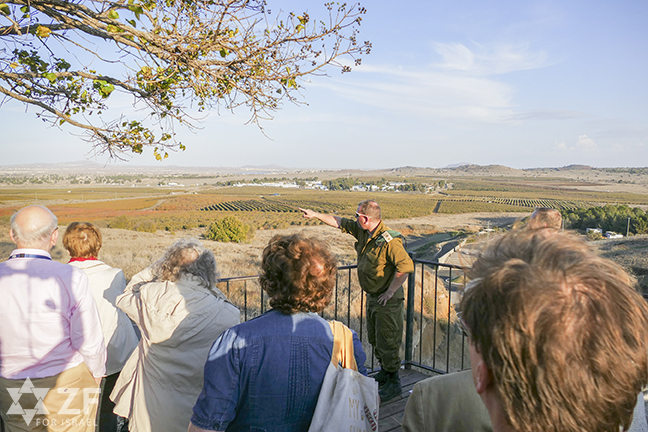 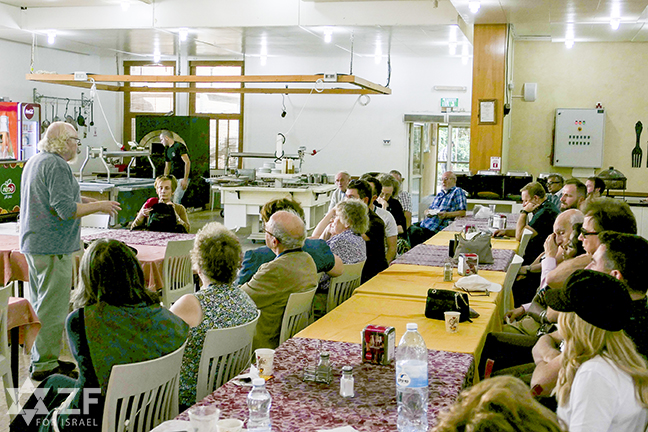