Standing against hatred and terror

On Sunday 2ndJune 2019, the Zionist Federation (ZF) organised a static counter demo to the annual Al Quds Day “parade”, supported by the Board of Deputies, the Jewish Leadership Council, Sussex Friends of Israel, North West Friends of Israel, Israel Advocacy Movement,  North London Friends of Israel and We Believe in Israel.

Al Quds Day is an Iranian self-styled Jerusalem Day, its sole purpose to oppose the existence of Israel.

It was Yom Yerushalayim / Jerusalem Day yesterday in Israel, marking the liberation and unification of Jerusalem.

200 Zionists gathered just outside the gates to No. 10 Downing Street to both celebrate Yom Yerushalayim and to counter the hatred of the Al Quds Day “parade”.

Amidst a sea of Israeli flags, Israeli music, rogelach and borekas, guest speakers included ZF Chairman Paul Charney, Matthew Offord MP, Gillian Merron of the Board of Deputies and Barnett Councillor Roberto Weeden-Sanz who spoke of his commitment to get the Al Quds Day ”parade” banned in the UK.

ZF chairman Paul Charney read out messages from both Home Secretary Sajid Javid and MP Joan Ryan, both of whom were key in the recent proscription of Hezbollah in its entirety.

Later in the afternoon, the ZF static demo was joined by 150 other Zionists who had successfully managed to hijack the Al Quds Day “parade” and led it with Israeli flags waving proudly ahead of the anti-Israel placards and chants of the Al Quds organisers and supporters. The counter demo ended with thanks to the CST, the Met Police and of course, as always, singing both Hatikvah and God Save the Queen, led by ever-faithful saxophonist, Robin. 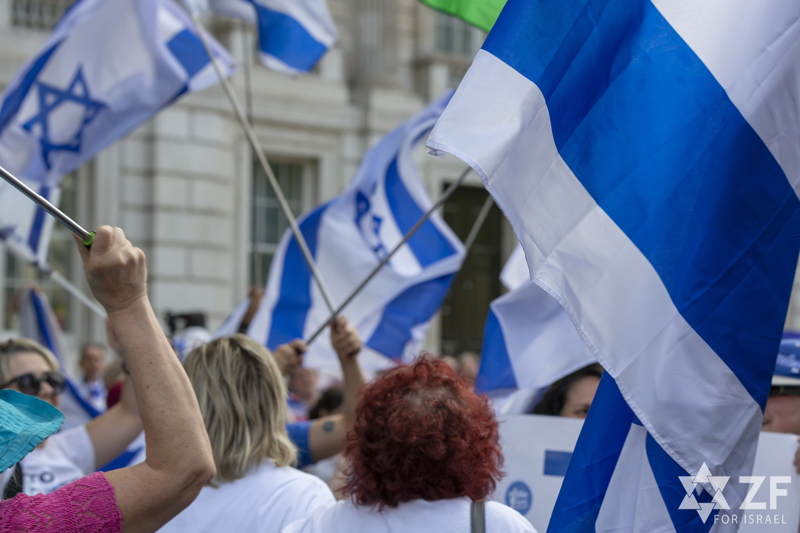 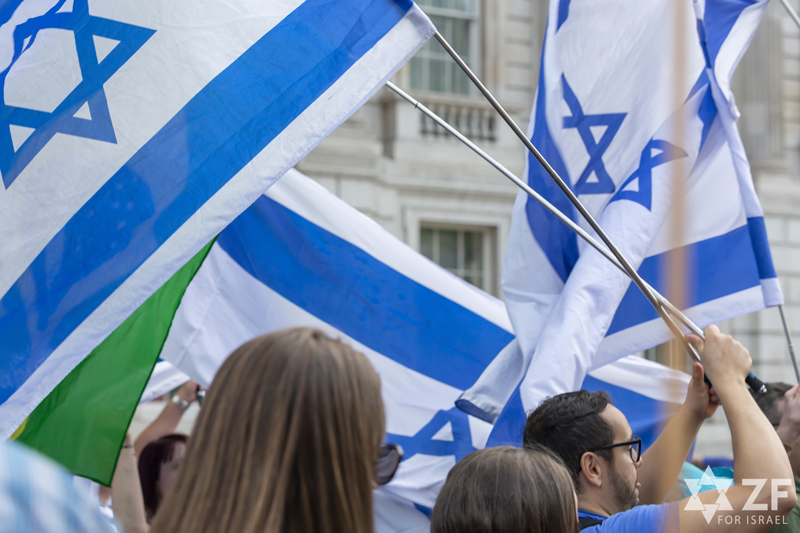 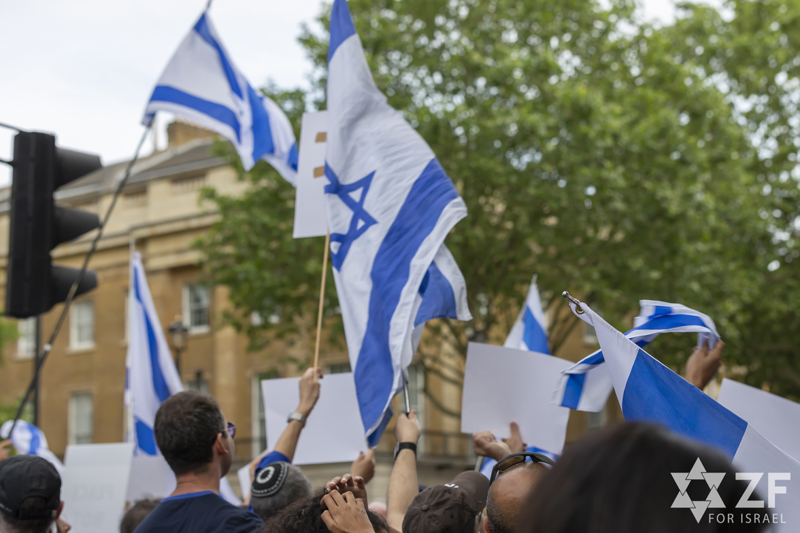 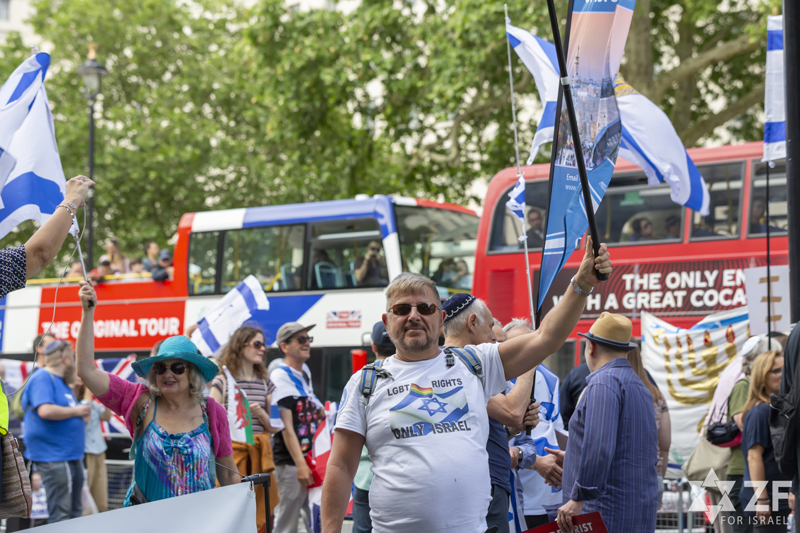 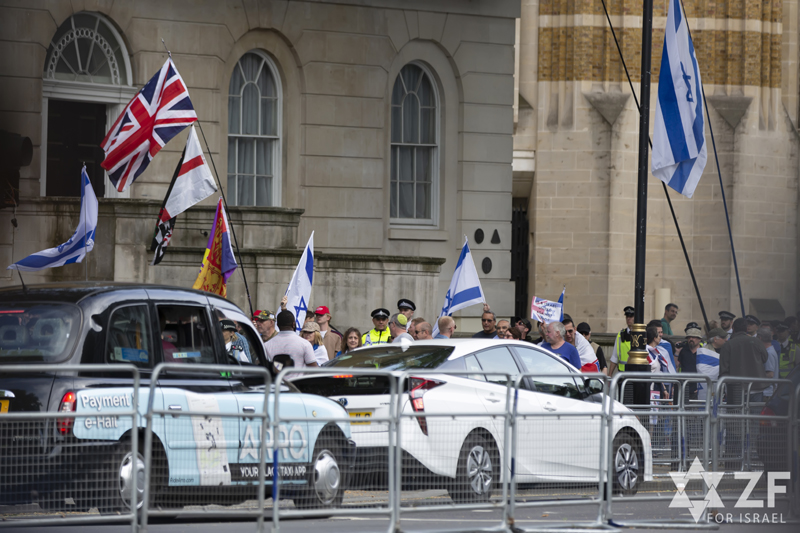 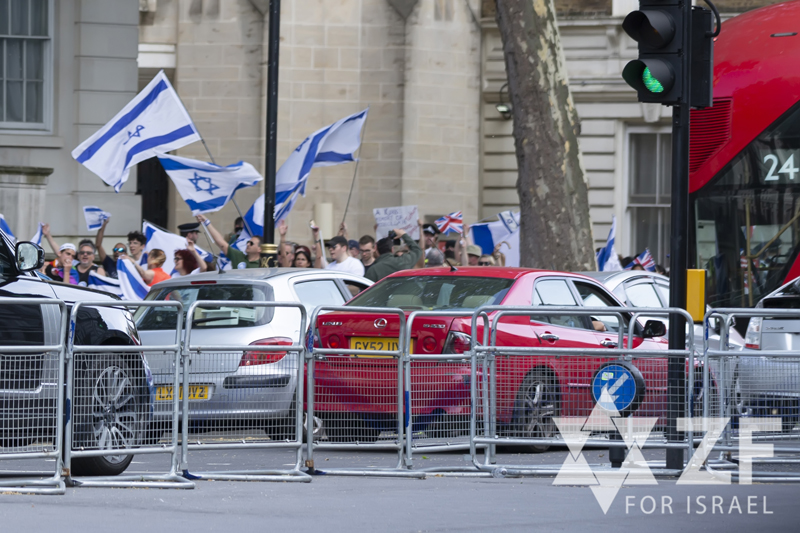 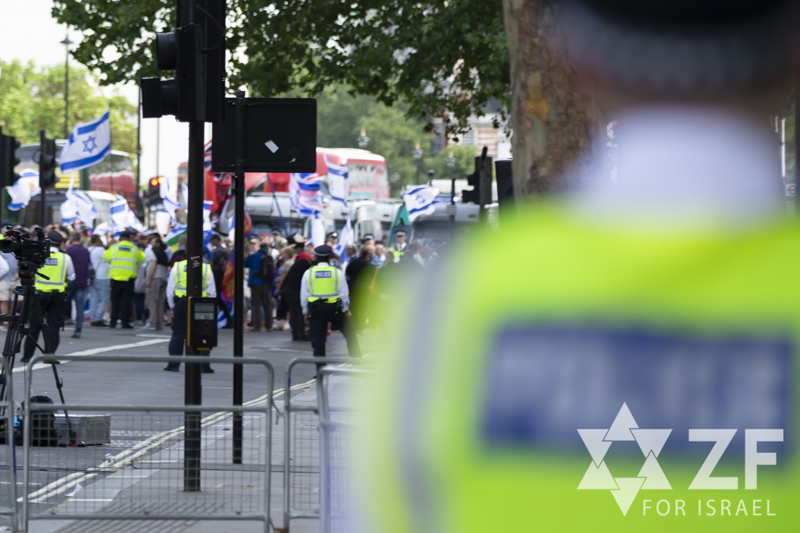 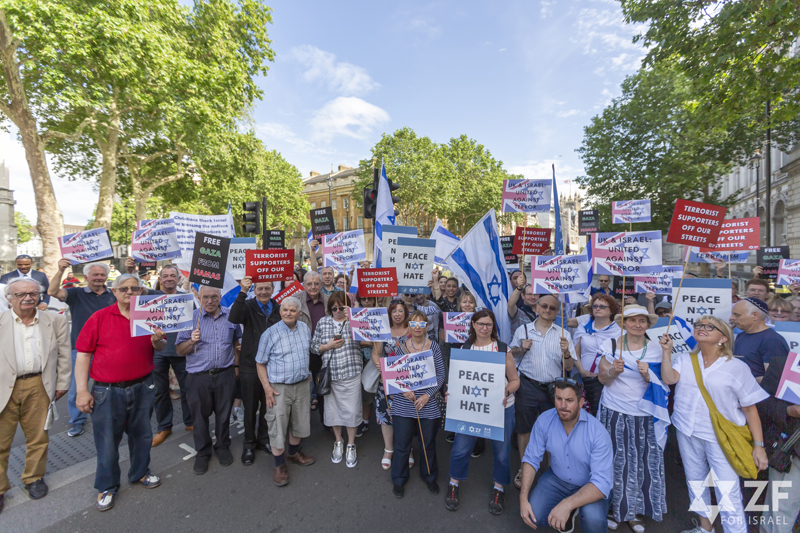