The idea of “Zionism” is so often seen as a topic to be avoided, particularly on British university campuses. But the Zionist Federation have been, and always will be proud to use the “Z” word, bringing expertise, education and engagement to those who support the Zionist dream and debating and engaging with those who seek to demonise Israel and demonise Zionism.

This week was one of those weeks, with the visit of Israeli-American Professor Gil Troy. Prof. Troy is arguably the world’s leading lecturer on Zionist ideology and Zionism, recently publishing some of his work in his book entitled “The Zionist Ideas: Visions for the Jewish Homeland—Then, Now, Tomorrow”.

Professor Troy was in the UK for a week for lectures in Warwick, Leeds, Manchester university and community, UCL and Queen Mary University in London, as well as a community event with the Edgware Masorti community. 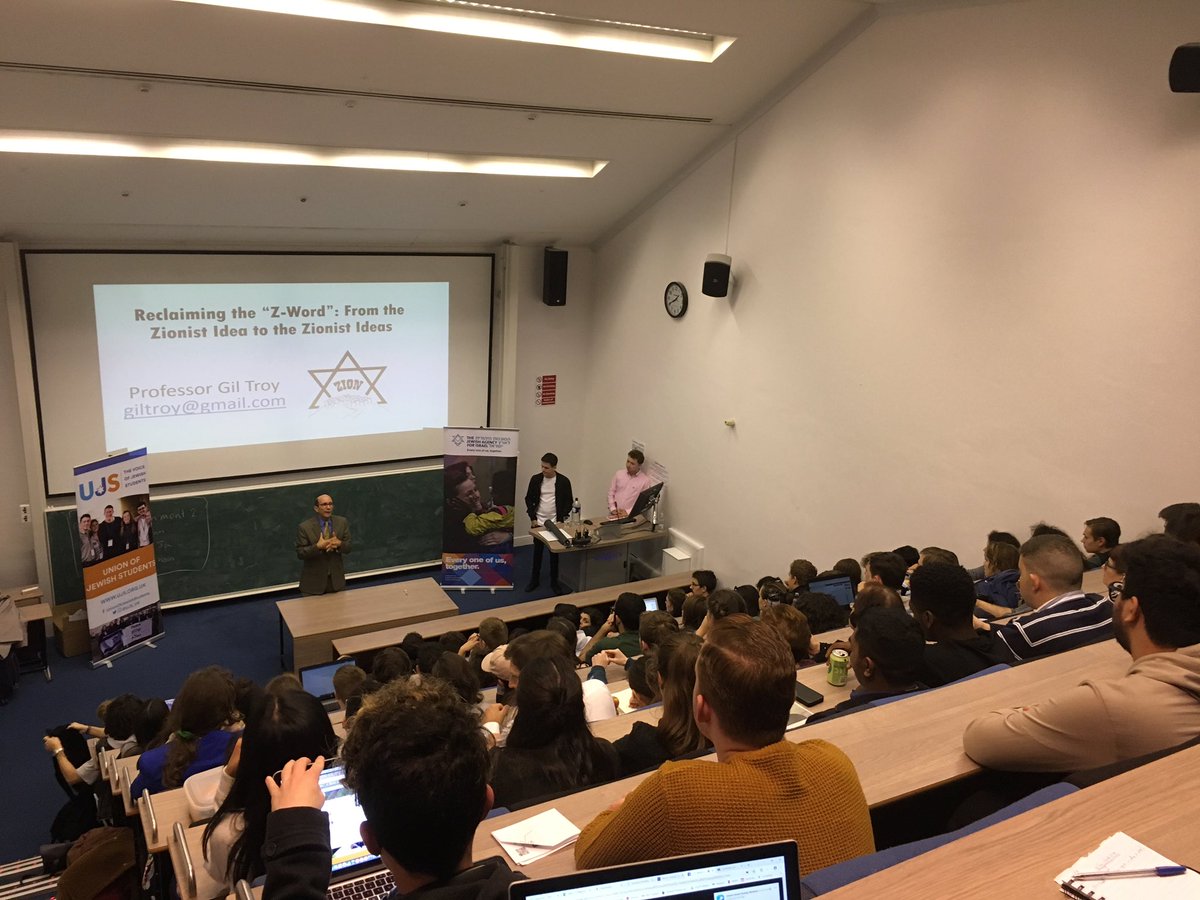 This trip was coordinated by the ZF and WZO, working together with the Jewish Agency and the Union of Jewish Students to arrange the campus events, and the ZCC Manchester to arrange the community event there.

The chance to have such an eminent professor speaking on such an important topic, both on campus and to the community, was an exciting one and one that captivated the minds of so many with almost 1,000 people hearing from Professor Troy during his visit.