This week the ZF and Christian Friends of Israel (CFI) once again held their annual Lobby Day for Israel in Parliament. The theme of this year’s Lobby Day was the issue of incitement and glorification of terror in the Palestinian Authority’s school curriculum, and the use of British Foreign Aid which supports it.

To read the ZF’s booklet handed to MPs by constituents who attended the Lobby Day, please click here.

With around 150 activists present, the Lobby Day began with an afternoon activist briefing session in Westminster, where activists were briefed by Dame Louise Ellman, former Labour MP and the person behind much of the parliamentary push on this subject, as well as Marcus Sheff, the CEO of the Institute for Monitoring Peace and Cultural Tolerance in school education (IMPACT-se), the organisation behind the review and exposure of this Palestinian school textbooks issue. 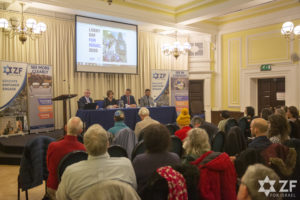 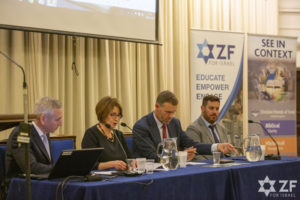 Dame Louise Ellman spoke about her years of effort in Parliament to address this issue  which, noting that the UK is a major financial contributor to the PA, culminated in her presentation of a Bill, in January 2019, of legislation that mandates that UK assistance to the Palestinian Authority education system complies with international values of peace and tolerance.

Marcus Sheff of IMPACT-se spoke about the level of incitement and glorification of terror which IMPACT-se’s reviews have found, and how previous content relating to peace negotiations and recognition of Israel have all been removed from the last few years’ cycle of textbooks. He also spoke about his organisation’s international efforts to address the issue, how IMPACT-se had worked closely with British parliamentarians such as former MP Dame Louise Ellman and how important the ZF and CFI Lobby Day was to continue the effort to hold the UK government to account on this issue.

Thank you to all who attended and we look forward to engaging with you all further on this important issue. 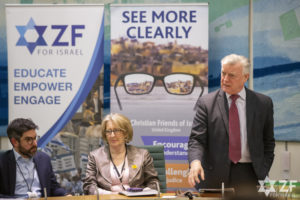 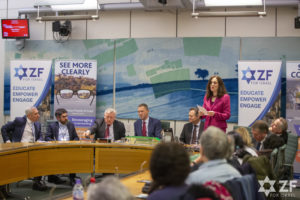 Click here to listen to Dame Louise Ellman’s important message to our activists during the afternoon briefing session.

Click here to listen to Marcus Sheff speaking about some of the awful content found in the Palestinian Authority textbooks.