Hypocrisy on both sides over Im Tirtzu

By Paul Charney, Chairman of the Zionist Federation UK. 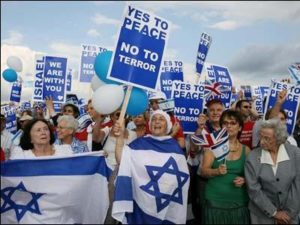 Fascism is totally, unambiguously, not kosher. No one is attempting to unsully or reclaim Fascism. If there’s anything we can all agree on, it’s that fascists are the bad guys.

The only problem though, is that’s all we can agree on.

We can’t even agree on who the fascists are.

Is it Im Tirtzu, the Israeli group brought over by the UK-based Campaign 4 Truth? In a Jewish News article about their upcoming visit, the F word was sprinkled liberally throughout – no pun intended. Everyone, from Israeli judges to Israeli politicians, have accused IT of being, well, a little bit fascist.

But wait. Following the publication of the article, the venue that was supposed to be hosting the event pulled out – which may or may not have been the intention of the critics cited in the article. After all, the UK-based groups (New Israel Fund and Yachad) leading the condemnation had made it clear that no one really ought to associate with Im Tirtzu. So all of sudden, it’s a freedom of speech issue. Maybe these liberal left groups are the real fascists?

Spoiler alert: there is no fascism here. But there is a fair degree of hypocrisy – from both sides.

Let’s start with the left.

Only a few weeks ago, a motion was put forward to the Board of Deputies, basically calling on it to promise to never work with anti-Israel groups. Now the Board, like the Jewish community they represent, are strongly and proudly pro-Israel. They are not suddenly going to go all Neturei Karta on us. Hamas and Hezbollah will not be invited as ‘friends’ to their next meeting.

Nonetheless, the motion was shut down – and with an overwhelming majority. The deputies who voted against it argued that it was an unnecessary and unhelpful infringement on freedom of speech – that sometimes you need to be able to talk to even those you disagree with. Bridges, not walls, are the way forward.

It is therefore disappointing that that same courtesy has not been extended to Im Tirtzu. The back story to why New Israel Fund and Yachad are so vexed with IT is because the organisation campaigns against NIF and groups like Breaking The Silence, who are the darlings of the liberal-left.

Yes, some Israeli politicians (including right wing ones) have condemned IT. But guess what? There’s a lot of Israeli politicians (including on the left) who have condemned Breaking the Silence. Does that mean they too should be demolished in the press next time they visit? Would NIF and Yachad also not be outraged if their venues suddenly pulled out following such negative coverage?

But the hypocrisy isn’t just on one side.  Because ‘fascist’ is not the only toxic label that gets thrown around with abandon. ‘Traitor’ is another one – one that is all too often flung by the right.

I have no doubt that if some on the right had their way, groups like Yachad and New Israel Fund and Breaking the Silence would also be denied their freedom of speech, assembly, association and worse. I’ve witnessed the hateful invective they are targeted with, simply by sharing panels with them – even when disagreeing with them! But since when is disagreement grounds for casting someone out as traitor?

When we celebrate Israel, we don’t just do it because it’s the Jewish homeland. We do it because it’s a thriving democracy. Part of that democracy is the freedom for as many voices to be heard as possible. Yes, there are disagreements, disagreements that have made their way over to our community here too. But we do each other a disservice if we try to narrow the range of acceptable opinions. We need to have conversations, not mud fights. In a conversation, everyone has a chance to be heard. In a mud fight, everyone just ends up covered in dirt.