Hearing from an unsung hero

This past week, guests at the ZF’s Annual Dinner, together with audiences around the UK, were both fortunate and honoured to hear first-hand from the unsung hero who headed up Israel’s humanitarian operation for the men, women and children in Syria who, fleeing from and devastated by Assad’s deadly forces, were in need of desperate medical attention. 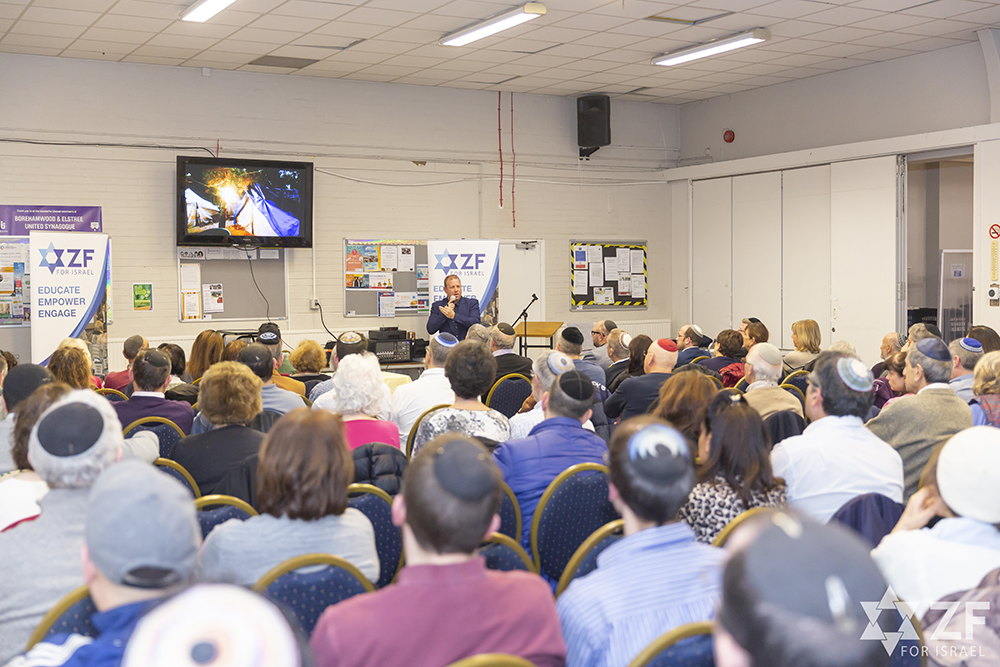 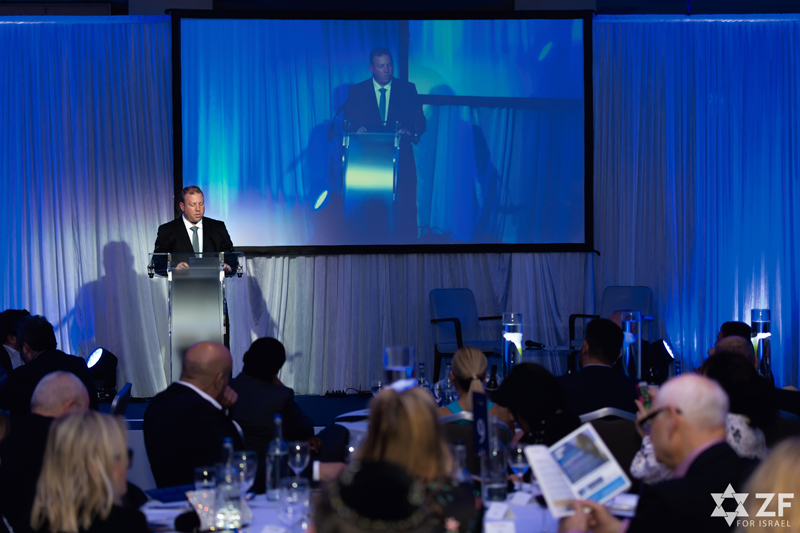 Lieutenant Colonel (ret.) Eyal Dror established and headed the IDF’s Operation  “Good Neighbor” which saved thousands of Syrian lives, in particular women and children, as well as rescuing the Syrian White Helmets from certain death.
LTC (ret.) Dror oversaw the operation for 5 years. During that time, more than 7,000 Syrian’s were treated in Israeli hospitals including a military field hospital in the Golan Heights. 49,000 packages of baby food were delivered, 26,000 medical cases were sent by Israel, as well as tents, cars, caravans, fuel, generators and so much more.

Upon arriving in the UK from Israel, Lt. Col. (ret) Eyal Dror’s first speaking engagement was at Finchley Synagogue, where 500 congregants heard his hitherto untold story of Operation “Good Neighbour”. Last Sunday evening, guests at the ZF Dinner were captivated by Eyal’s condensed recounting of his once in a lifetime experiences during the past few years of the Operation.

On Monday morning, the ZF hosted briefings for community professionals and those working with young people in our community and on Monday evening, in partnership with the Zionist Central Council (ZCC) and Fly the Flag, Eyal addressed over 130 people at Yeshurun Synagogue in Cheadle, South Manchester. The following morning, 400 pupils at the King David School listened in awe as Eyal recounted his amazing story.

Upon his return from Manchester, Eyal addressed 150 people at the Borehamwood & Elstree Synagogue and on Wednesday, accompanied by the ZF’s lovely Dalia Hajioff,  he travelled to Dublin where they had Lunch with the Deputy Ambassador to Ireland Orli Weitzman and later met with Nial Collins of the Fianna Fáil party in the Irish Parliament. In the evening, in partnership with the Jewish Representative Council of Ireland, Eyal spoke to a full house at Terenure Synagogue, attended by Ambassador Ophir Kariv who later introduced Lt. Col. (ret) Eyal Dror to Guinness.

On Thursday evening, Eyal recounted his story, for the twelfth time during his visit, to an audience at the Bridge Christian Fellowship in Golders Green.

Thanks to all those who helped make Eyal’s trip a resounding success. 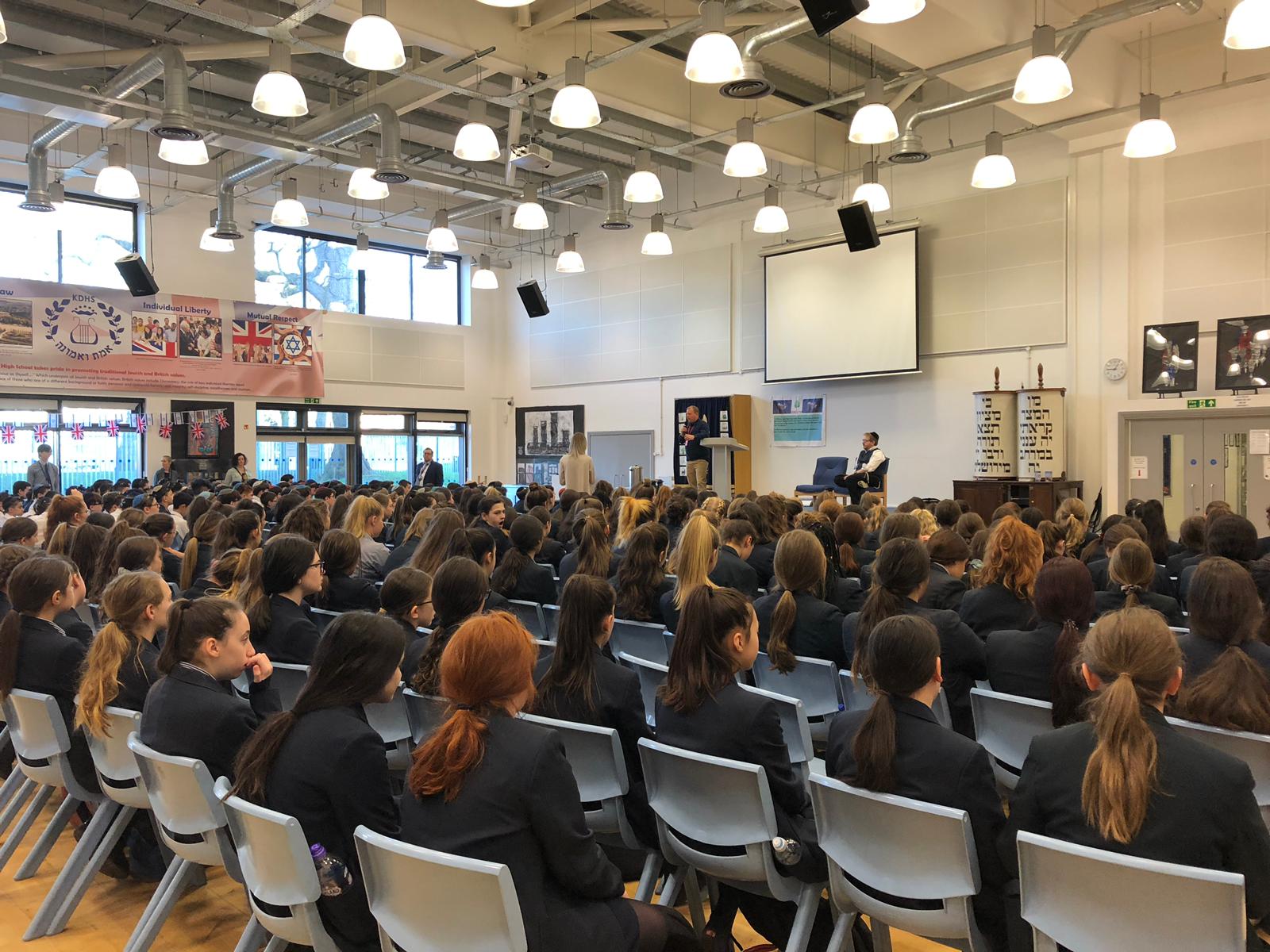 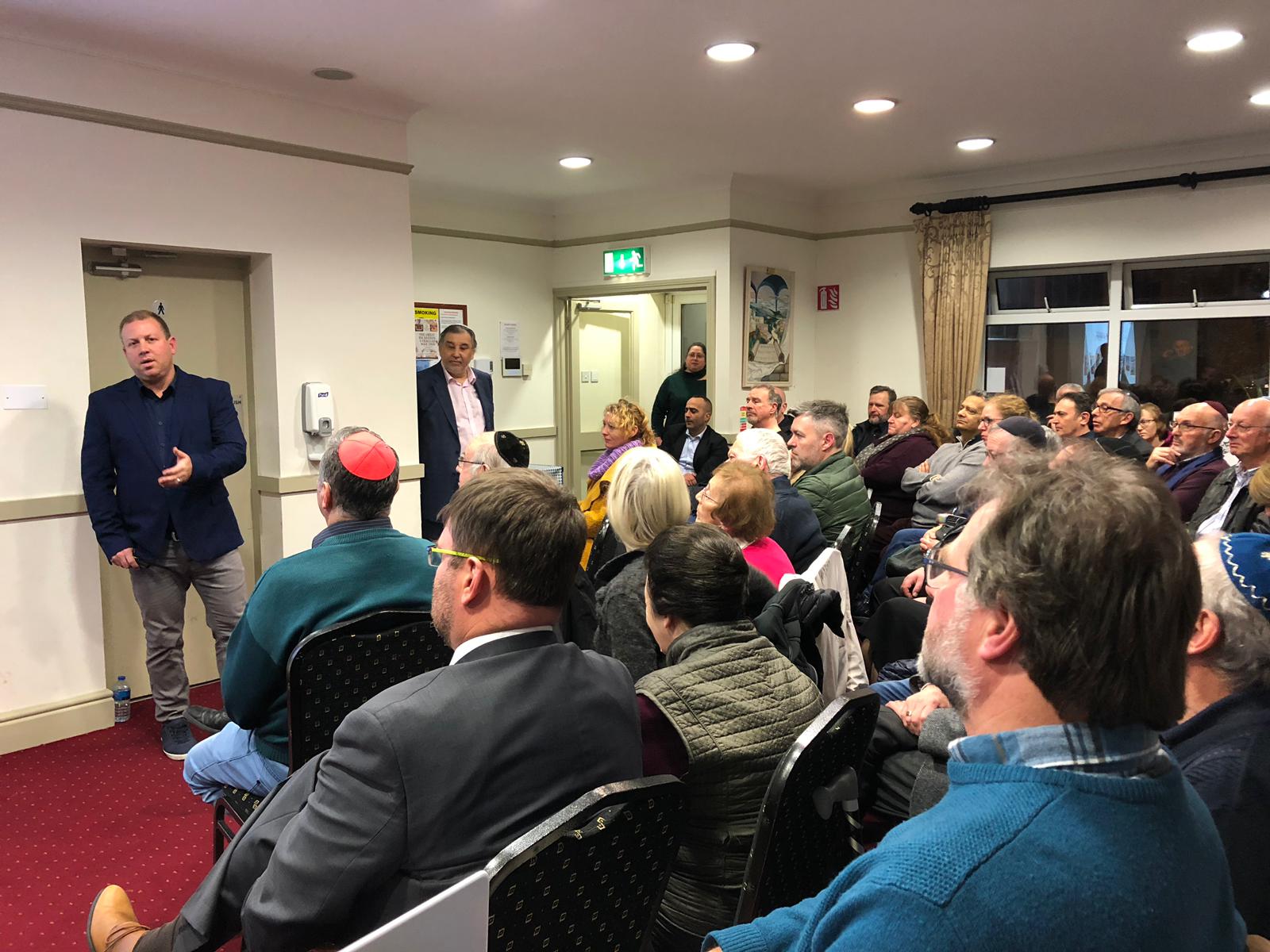