Finally, Israel has a new government!

Israel FINALLY has a new government

The path has been been cleared for Benjamin Nentanyahu and Benny Gantz to form the Unity Government and get the Knesset back up and fully functioning. On Wednesday night, the High Court judged that a lawmaker (an MK) with criminal charges against them should not be barred. This is a clear indictation from the courts that it should not interfere in the political running of the country, and vice versa.

This means that the new government will be sworn in next week, finally bringing the year-long political ordeal to a close. Whilst not all in the Knesset are happy about the rotational coalition, the bill – which makes amendments to the constitution – passed easily. Netanyahu will be the prime minister for 18 months, with the role swapping to Gantz for the remainder of the 3 year agreement.

Regardless of political persuasion, ones thoughts on the coalition or the intricacies and u-turns arriving to it – this finally brings about a period political stability

Read more about it here.

AND DON’T MISS OUT ON THIS EVENING’S WEBINAR ON THIS VERY SUBJECT, AT 7PM UK TIME!

To register for FREE NOW, just click the image below. 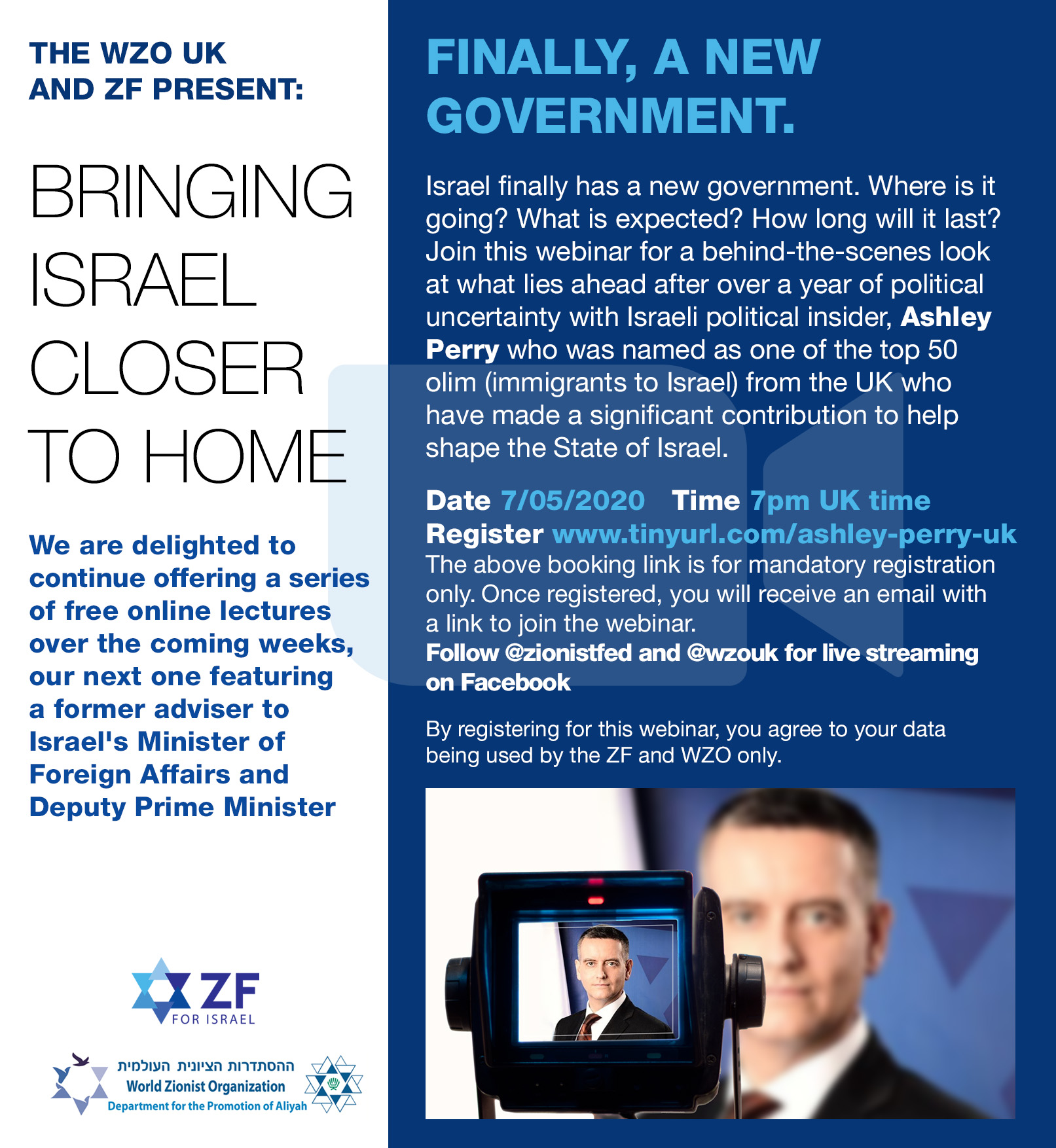