On Monday 6th of the February Israel supporters came out in force to welcome Israeli Prime Minister Benjamin Netanyahu to the country. The one day trip was the first meeting between Netanyahu and Theresa May since she became Prime Minister, providing a vital opportunity for them to discuss strengthening bilateral diplomatic, economic and security relations that will benefit both countries.

However, anti-Israel activists announced that they would protest his visit – claiming that he is a “war criminal.” (This charge is as predictable as it is inaccurate – it is levied not only at Israeli politicians, irrespective of political hue, but also Israeli artists, athletes and any other representatives of the Jewish state.) Therefore, the Zionist Federation called for a communal  counter-demonstration in support of the strong relationship between the two democracies. 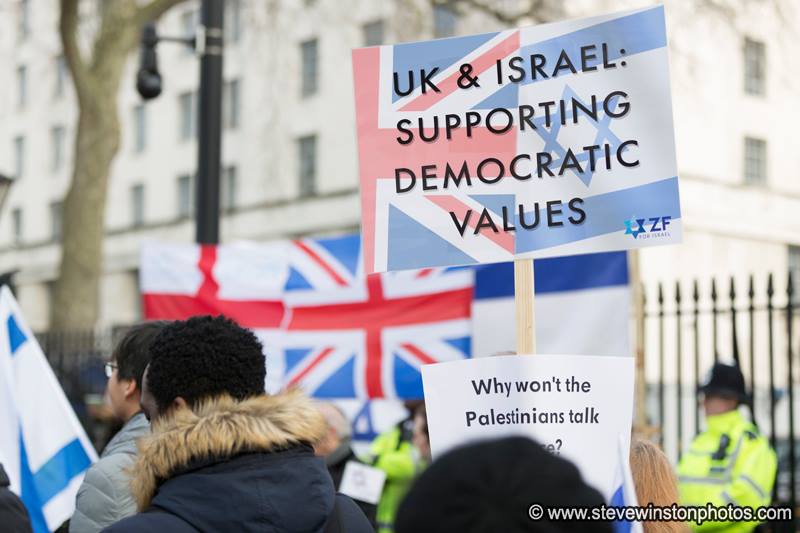 Around 200 people joined us at short notice outside Downing Street, waving flags and specially designed placards highlighting the bonds between the UK and Israel.  When the other side chanted “From the river to the sea/Palestine will be free” – an explicit call for the destruction of the state of Israel – we responded with “We want peace/You want war,” showing the clear difference between the two sides.

With ZF Director Arieh Miller leading the day, we were also joined by several guest speakers, including Jonathan Arkush, President of the Board of Deputies; Michael McCann, Director of the Israel-Britain Alliance; and Luke Akehurst, Director of We Believe in Israel. 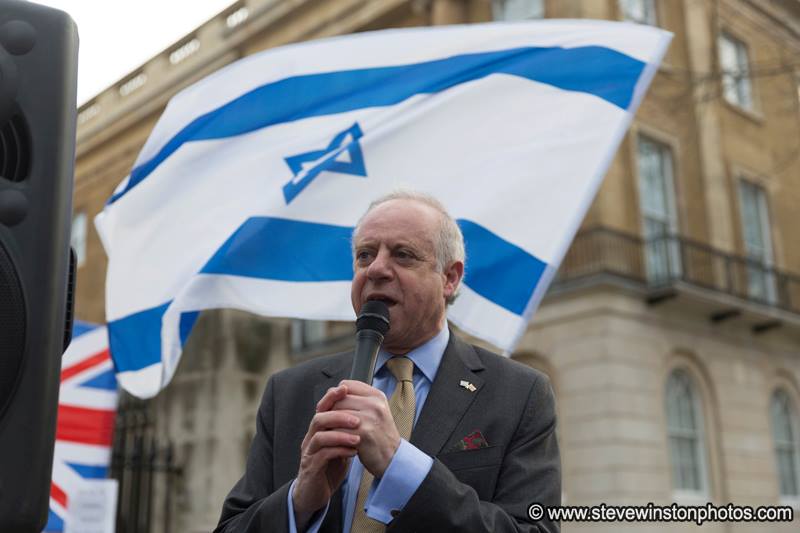 Jonathan Arkush, President of the Board of Deputies.

These rallies provide an important opportunity to show our support for Israel and to demonstrate to the other side that they will not be allowed to dominate the public narrative. We’d like to thank everyone who joined us on the day.

More photos can be viewed on our Facebook page.