The Zionist Federation launched its ‘Pledge for Peace’ at its annual Lobby Day for Israel on Wednesday, bringing over 200 Jewish and Christian activists to Parliament to show their support for Israel and the peace process.

The Lobby Day, run in partnership with Christian Friends of Israel, opened with a briefing on the Pledge, which consists of three principles: 1) Direct Negotiations, 2) Dialogue Not Boycotts, and 3) Support Coexistence. The attendees heard from the Israeli Ambassador Mark Regev and special guest speaker Bassem Eid – a Palestinian journalist and human rights activist.

Speaking live from Israel, Eid explained how he believed that Western governments such as the UK had a duty to positively engage with the peace process. He argued that attempts to circumnavigate negotiations or boycott Israel did nothing to help ordinary Palestinians, since they remove all pressure for the Palestinian leaderships to engage with the peace process. Eid concluded his presentation by endorsing the Pledge for Peace. 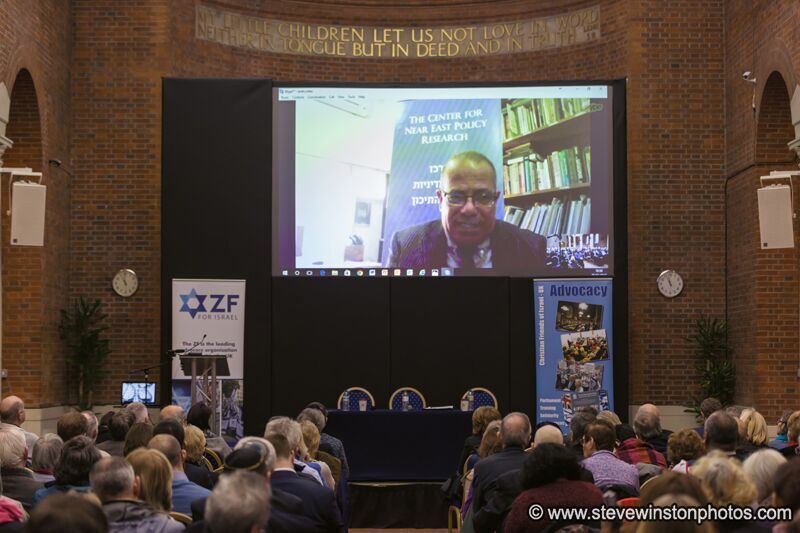 Ambassador Regev gave the official Israel perspective on the peace process. He explained how the formula for peace was a demilitarised Palestinian state that recognised Israel as the Jewish homeland. He further argued that, while these were key elements for Israel, they would be resolved during – not before – negotiations. This was in contrast to the Palestinian Authority, which continues to make pre-conditions an obstacle to re-starting the peace process.

Attendees then entered Parliament, meeting with their elected representatives to directly engage with them on the issue of the Pledge, discussing the need for the UK to take a positive approach towards ending the Israel-Palestinian conflict.

There was also an opportunity to hear from a selection of politicians across the political spectrum who addressed the attendees on their support for Israel and opposition to antisemitism. 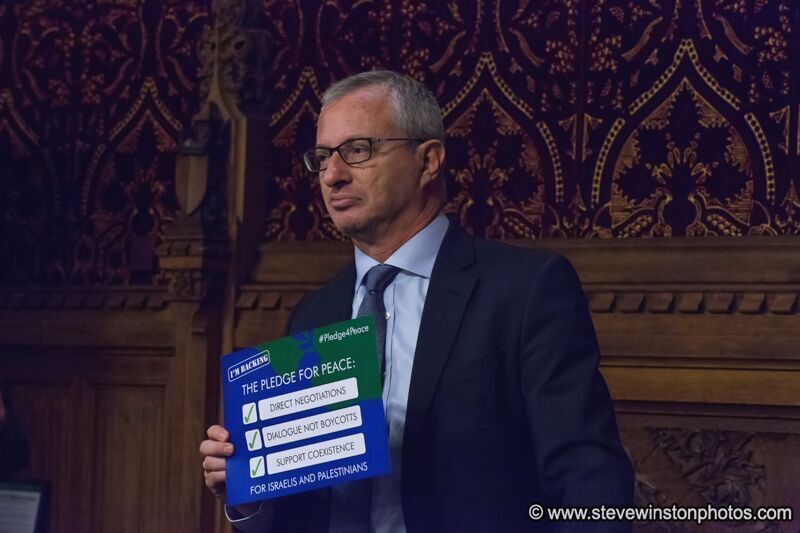 Lord Polak with the Pledge for Peace.

Lord Polak, honorary chairman of Conservative Friends of Israel, discussed the impact that Israel-supporters have in terms of guiding foreign policy, citing the thousands of letters the government received following UN Resolution 2334. Joan Ryan, chair of Labour Friends of Israel, highlighted the cross-party support for her proposed Bill in support of an International Fund for Israeli-Palestinian Peace. Both were photographed endorsing the Pledge for Peace.

“Recent events have put the current state of the Israel-Palestinian conflict back in the spotlight. Our Pledge for Peace re-iterates the need for the UK to take a positive, pro-active and pragmatic approach to building peace. The strong support we’ve received from both our supporters and from politicians confirms that this is an issue we can have a significant impact on.”

More photos can be viewed on our Facebook page. 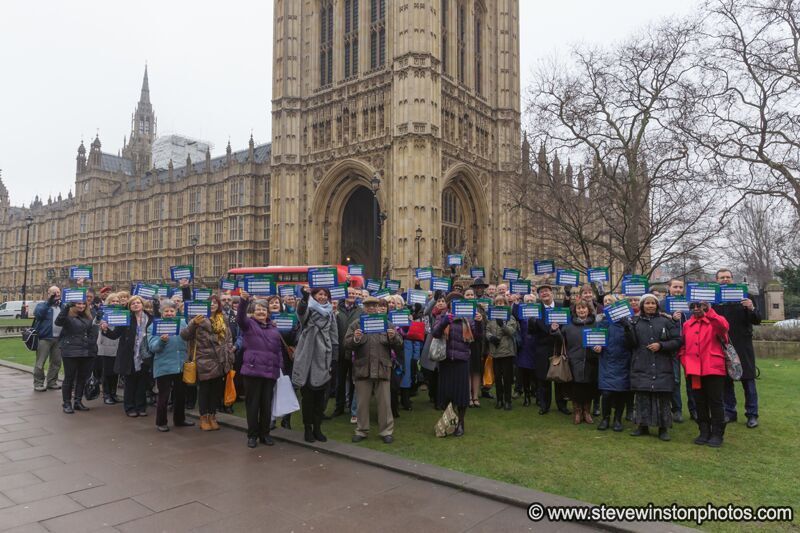