Commander of Operation “Good Neighbour” to be Honoured by Zionist Federation

Book your tickets now at https://zionist.org.uk/event/zf-dinner/

Lieutenant Colonel (ret.) Eyal Dror will be honoured by the Zionist Federation at our Annual Dinner on Sunday 24th February. LTC Dror led the Israeli Operation “Good Neighbour” which saved thousands of Syrian lives, in particular women and children, as well as rescuing the Syrian White Helmets from certain death. 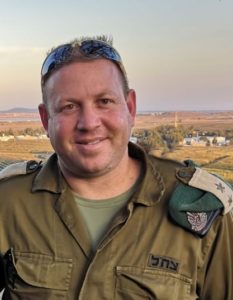 LTC Dror oversaw the operation for 5 years. In that time more than 7,000 Syrian’s were treated in Israeli hospitals including a military field hospital in the Golan Heights, 49,000 packages of baby food were delivered, 26,000 medical cases were sent by Israel, tents, cars, caravans, fuel and generators amongst so much more was all facilitated and sent by Operation Good Neighbour under the command of LTC Dror.

Speaking at the IDF ceremony to honour the directorate of the operation, LTC Dror said, “Six years ago, the State of Israel chose not to stand idly by in the face of the killing and decided to help innocent civilians. People who live in a hostile country who had been taught for decades to hate us and who saw us as the greatest threat to their safety. Since that night in February 2013, wounded Syrians were transferred to hospitals in Israel- men, women and children whose lives were saved by the quality of medical treatment they received at the hands of military medical teams who met them at the border and at the hands of doctors who received them with open arms and a big heart. In the year 2016, as part of our effort to protect the residents of the Golan Heights and the many tourists who visit there every year, and in light of the values of the Jewish people of compassion and mutual assistance, we established the “Good Neighbour” directorate in Division 210 to expand the humanitarian aid provided to the Syrian side. In a deliberate step, based on a continuous learning process and a deep civil understanding of the Syrian side acquired in many meetings. We took step after step to build the necessary trust to bridge the divides and to allow the expansion of the aid provided. This evening, summarizing many years of humanitarian activity on the border sprinkled with many touching personal moments- I wish to thank all the participants in this unique project. And on a personal note- I am now completing 24 years of military service in the Israeli Defense Force and in my heart is a great feeling of Israeli pride at commanding the “Good Neighbour” directorate, pride at having the privilege of being a part of the IDF and living in our country” 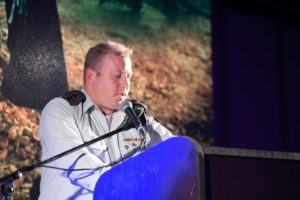 To hear Eyal Dror speak, and to honour him and all those who saved thousands of Syrian lives, as well as hearing a live interview with former PM Ehud Olmert and ITV’s Rageh Omaar, book your ticket for the ZF Annual Dinner at https://zionist.org.uk/event/zf-dinner/ or call us on 020-8202-0202. 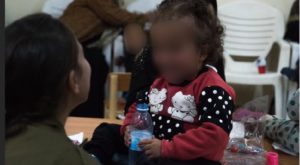 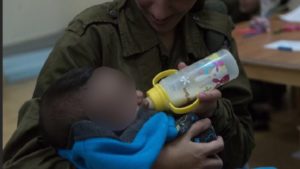 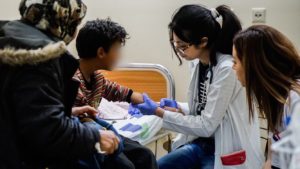 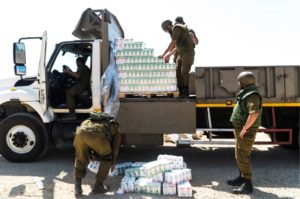