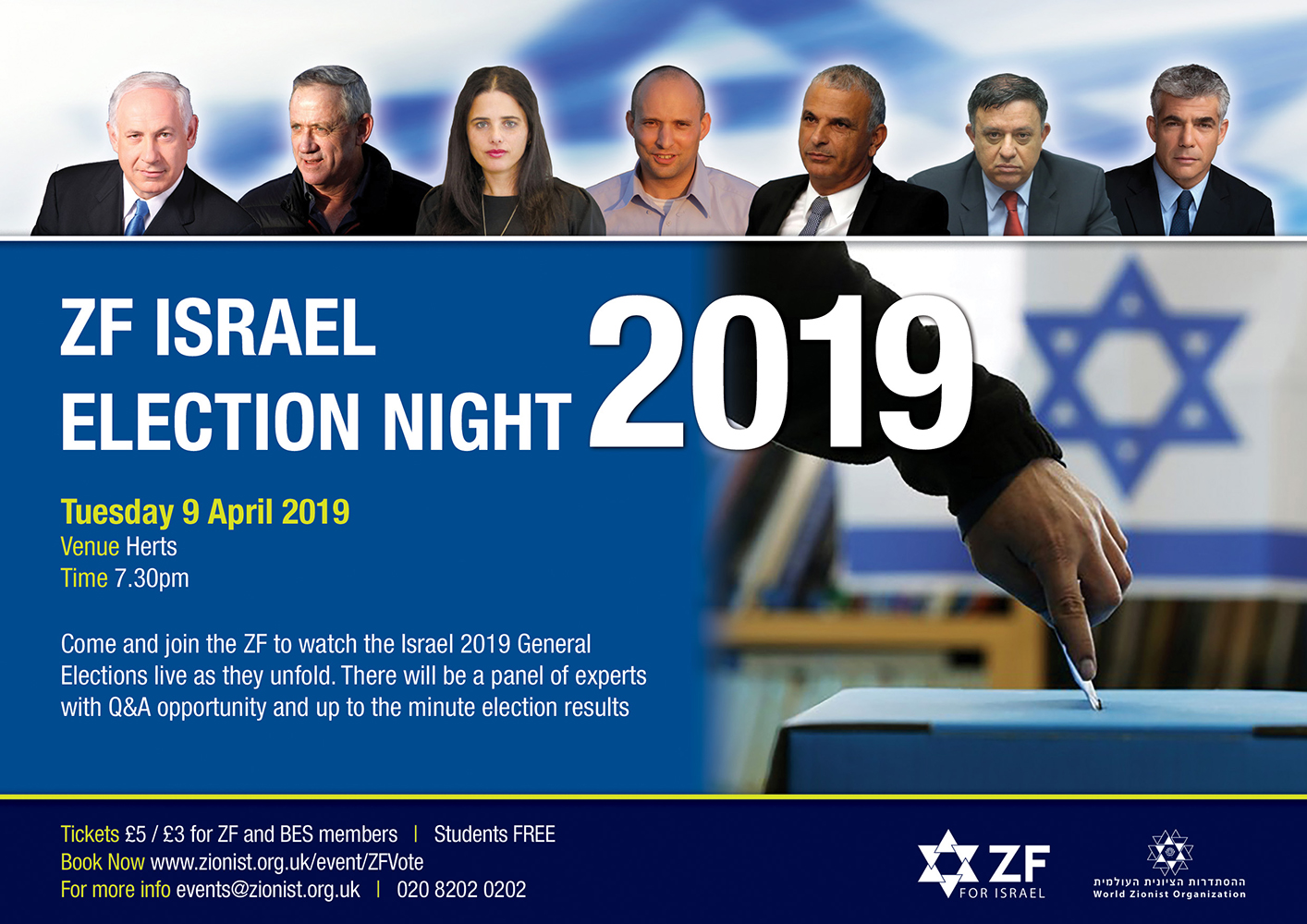 Come and join the ZF to watch the Israel 2019 General Elections live as they unfold. There will be a panel of experts with Q&A opportunity, up to the minute election results and live links to lsraeli politicians.

The panel will be chaired by Jenni Frazer.

Jenni is an award-winning UK-based writer and journalist. Jenni spent 3 years based in Jerusalem and has interviewed major celebrities and been a media commentator on UK radio and TV, including Sky, BBC (News 24,The World Tonight), and many BBC local radio programmes. Jenni currently writes for the Jewish News.

The panellists are Robin Moss and James Marlow.

Robin is the Director of Strategy at UJIA, where he heads the organisation’s Israel educational work. He grew up in LJY-Netzer and has spent the last decade working in Jewish and Israel education.

James has been covering Israel elections since the 1980s and has written extensively about Israel’s political parties, the candidates and given analysis and predictions on Israeli elections for many news networks including Sky News, BBC, ITN and Al Jazeera. James is currently a senior writer with The Jewish Weekly which has covered this Israeli election campaign intensely with weekly poll tables for the last 4 months.