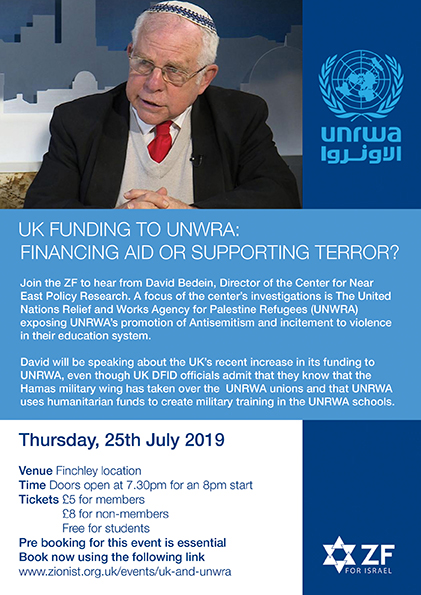 Join the ZF to hear from David Bedein, Director of the Center for Near East Policy Research. A focus of the center’s investigations is The United Nations Relief and Works Agency for Palestine Refugees (UNWRA) exposing UNRWA’s promotion of Antisemitism and incitement to violence in their education system.

David will be speaking about the UK’s recent increase in its funding to UNRWA, even though UK DFID officials admit that they know that the Hamas military wing has taken over the  UNRWA unions and that UNRWA uses humanitarian funds to create military training in the UNRWA schools.