On Wednesday 8th of February the Zionist Federation hosted Palestinian human rights campaigner Bassem Eid to discuss his life, his work, and his views on the current state of the Middle East.

Eid has a remarkable background. Starting his professional career at the Israeli human rights watchdog B’Tselem, he eventually parted ways with them over their failure to monitor the abuses Palestinian leaders were committing against their own people. This would become the theme of his life: documenting the corruption and violence in Palestinian society, when others would simply ignore it.  In recent years he has also gained prominence by arguing that efforts to boycott Israel are counter-productive and do nothing to help peace. 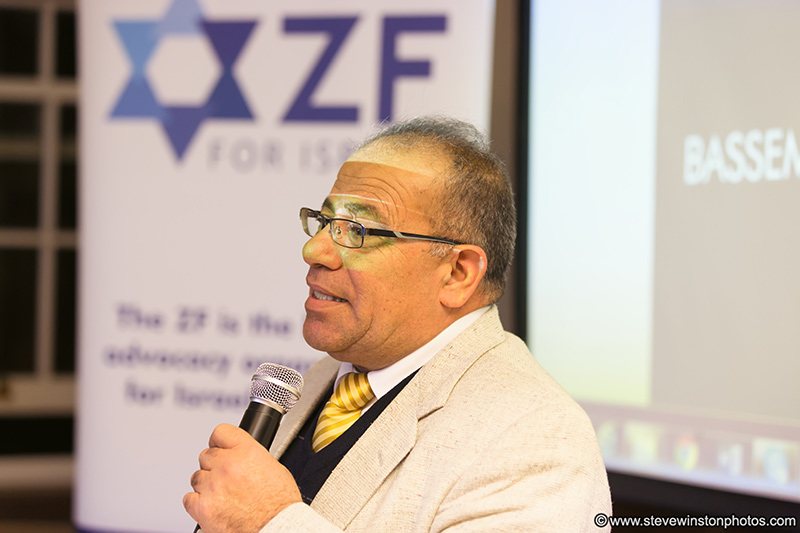 Bassem gave a wide-ranging overview of the current situation in the Middle East, highlighting in particular how, as a Palestinian living in Jericho, he is much safer than he is in the West Bank than anywhere else in the region. He argued that the issues that excite anti-Israel activists in the West (the separation barrier, settlements etc) mean little to ordinary Palestinians, who care more about employment and looking after their families. Indeed, he argued that the focus on settlements was misplaced, since Palestinians actively seek work in them – attracted by significantly higher wages and better rights than they would get elsewhere.

We’d like to thank Bassem for speaking to our audience, and to CAMERA for helping to organise the visit.